“Optimism is the faith that leads to achievement. Nothing can be done without hope and confidence. ”               By Helen Keller 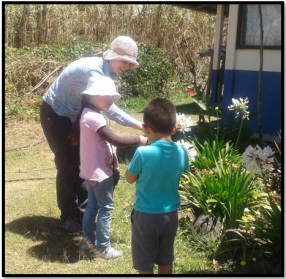 Learning Before the Virus

The virus war continues as we experience the 24 hour coverage of the Covid-19 Virus sweeping the land, near and far. We are all in the virus war whether we accept this fact or not. And, we should all participate on the level most appropriate for the conditions confronting us individually. So, do what is called for to protect yourself and those nearby.  And, have faith that this will not last forever.

Thank you for the very kind notes and reminders that we can be very encouraging to one another. People need to be lifted up and supported with optimism because as “Friends” we are also “possibilitarians”.

I have received some questions regarding the present and future of the Copey Learning Center as Copey responds to their government’s protective medical policies and requirements. I am in regular communication with the Director, Ines Segura Serrano and receive updates on the Center’s response to the closures of educational facilities.

Although the facility is not open for classes, education still continues. The volunteer teachers who had just arrived in Copey prior to the outbreak of the virus, are still in Copey. They are busy on the job developing at-home work lessons for many of the students. Some students are working on-line and others are provided hard copy worksheets to complete.

This is just one more sign of evidence pointing to the extraordinary character of the Copey community and its devotion to education. The easier thing from them to do under these conditions would be to completely shut down and set education aside until their situation gets much better. Copey just does not do the easy things and just getting by is not apparent part of their DNA. The volunteers are still at work, the Director is still is at work, and most important the students are still at work. 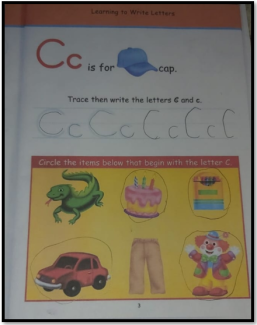 This is very important for us to know, understand, and accept. Just before the virus crisis hit, we provided nearly $4,000.00 to the Copey Learning Center to support scholarships and the Executive Director’s salary. Our support is now helping to allow education to continue. This is a major point for us to embrace.

Therein lies one of the great reasons I have been dedicated and devoted to the efforts of the Copey community. In view of the bad news we must manage each day, there is positive news we can personally and individually enjoy as “Friends”.

Faith and prayer are the vitamins of the soul; man and woman cannot live in health without them.         By Mahalia Jackson

First and foremost, my prayers and well wishes go out to all “Friends of Copey” as we

attempt to survive and endure the current challenges we face with Covid-19. I am a devoted optimistic and it is during these times of tribulations and uncertainties when I feel the most emboldened.

My senses suggest that many “Friends” are by nature optimistic and are being the important source of assurance and comfort for many. I just believe if there are people needing support and encouragement, a “Friend” is among those providing to others. “Friends” are very good people…and I know or have met most of you. I know your heart and have seen your willingness to extend your help to people you have never met. I am absolutely convinced you would do the same or more to those you know and love. Therefore “Friends”, meet this virus challenge head on and be the lighted path to follow for those in need. “Share your vitamins!”

Very little contact has been made with the Copey Learning Center over the past couple of weeks. I am informed the center is closed along with all other public and private schools according to the orders of the Costa Rican government.

As reported in the previous Post, the impacts of the virus is touching our future plans with the “2020 Pathway Project“. Traveling is probably cancelled for the Emory & Henry College students planning to go to Copey in May. Recent reports from the college indicates students are not returning from Spring Break and will complete their semester using on-line educational sources.

I think the decision is not yet finalized on Copey students traveling to the college in June.  There is an outside chance that a sufficient level of decline in the virus epidemic will allow these plans to continue. Our optimism and faith are strong.

As a final note….my money is on the prayerful and positive minded people to be the ones leading the way to the elimination of this threat. There is room for caution. And, we should have a sense of urgency, a honest curiosity for the facts, and a common sensical game plan. Our attitude and determination will produce positive results. Stay connected and safe.

The world-wide virus has become part of the discussion pertaining to the “Friends of Copey” and the immediate future of the “2020 Pathway Project”. Recently, out of the “abundance of caution” (new phrase that has taken over…“at the end of the day”), Emory & Henry College (E&H College) has reportedly placed an indefinite ban on international travel for both students and staff.

Of course, this decision is very necessary and prudent. It is consistent with the latest national news of college and university temporary closings. There will be a review by E&H College in several weeks to evaulate the need to continue the ban on international travel.

We are proceeding carefully with our plans just in case there is a lifting of the ban in time for us to do all or part of the “Pathway Project” this year.

Regardless, public schools have been ordered closed while organizations and community services, planned events, sports, and many other activities involving large gatherings are shutting down almost daily. I am hopeful we will soon see the peak of this virus and then witness declines in reported cases and deaths, not just in Washington state, but elsewhere.

Join me in adhering to the general advice to use common sense, to apply good health practices, and to avoid neeedless risks to yourself and others.

Thank you for being “Friends”!

“What is all the fuss about? I was only doing my job.”   By Katherine G. Johnson

This past weekend has been very extraordinary…to say the least. I attended the memorial service for Katherine G. Johnson held Saturday, March 7. The Hampton, Virginia community and area poured out its love for Aunt Katherine and its condolences to the family.  To them and certainly us the family, Aunt Katherine was a true “shero”.

Dignitaries, astronauts, the Alpha Kappa Alpha Sorority, church members, and others joined the huge family in honoring the life and achievements of Aunt Katherine. Being among so many family members and friends was an unforgettable experience. Seeing two of my three remaining Aunts and many of my cousins not seen for years, was just wonderful and filled with human highlights.

And, if there was a truly unexpected highlight, it would be meeting the author

of “Hidden Figures”, Margot Lee Shetterly. It was a true honor to meet and speak with her. I thanked her for all the work she did which resulted in the “hidden” being brought to light for the world to see. I am personally much more a fan of the book and author than the movie. In some ways, Ms. Shetterly is also a “Hidden Figure”. Thank you Ms. Shetterly!

Aunt Katherine’s influence on young students is clearly established. Powerful messages such as; “young students can dream to be anything they want” and “young students live at a time when traveling beyond the moon can be a dream that can come true because of Aunt Katherine.”  She was a model student, worker, community advocate, church

member, and family matriarch and touched us all in many different ways.

We often look at Aunt Katherine’s career and the final outcome of a life well lived. I fear we may tend not looked as closely at the importance of her family…her parents. Aunt Katherine’s parents made a critical life decision when her family moved 125 miles to a town that provided better educational opportunities for 10 year old Aunt Katherine.

This was crucial as it placed Aunt Katherine on the path of life that would allow her to realize her potential. This very unconventional decision can be credited for positioning Aunt Katherine for greatness. There were many others who by “divine intervention” influenced her life but the parent’s decision to change the “trajectory” was the first critical decision in my opinion.

Another “divine intervention” showed up.  The parents of Copey also made a critical educational decision when they established the Copey Learning Center. Their purpose was to change the “trajectory” for the future of their children. They all could not move 125 miles to a better community so they did the next best thing…they established the Copey Learning Center to provide the educational advantage needed for their children to have a chance at a better life.

We are honoring Aunt Katherine’s legacy by supporting the Copey Learning Center because we are actively involved in changing the “trajectory” as we support the efforts of the parents in Copey. We are honored to be in the trenches, actively engaged, devoted and committed to making differences in young lives Aunt Katherine also inspired to achieve. The “Eagle Soars”…even in Copey!

“You are as good as anybody in this town, but you are not better.”  By Katherine Johnson

There are numerous ways to measure our usefulness. However, one significant measurement is fundraising success. Agan and again the answers to questions regarding our usefulness is evident in the way “Friends” respond to calls for support.

We get things done!

First, I want to thank all of you who pray for our success! I believe the level of financial

support received since mid-January is a result of answered prayers. Then, I also give a shout out to those who share the level of optimism that believes all things are possible. And finally, we all cheer those who unselfishly dig into their personal funds and bring about reality resulting from our prayers and positive thinking.

The first time we raised funds for the Executive Director’s salary was in 2015. It was a new and huge challenge and we fell short raising funds strictly from donations. We did not give up but initiated a huge yard sale to raise the additional funds needed.  In 2016 and 2017, we fell short again with donations only and had to take additional measures to reach our goal.

Since 2018 we have not had to take additional measures to reach our goal. Our three years of successful donations confirm our sustained devotion and commitment to the Copey Learning Center.  All “Friends” can do another “Victory” dance. Thank You.

This day began by Skyping with Ines, the Copey Learning Center’s Director. Things are

going well as planned with three teacher volunteers on board ready to go. I met one volunteer, Anna from England, and will share more information about all three volunteers in the next few weeks. This is a very exciting day especially for those students who are only attending the Copey Learning Center because many of you provided the scholarship funds needed for their enrollment.

Thank you “Friends” who took time to send me a note of sympathy and condolence. I will attend the funeral service scheduled for next Saturday in Hampton, Virginia. Some also planning to attend are “Friends of Copey” and I will enjoy spending and sharing this special time with other family members. And, I will be a representative of some wonderful people who share some of the very same values Aunt Katherine exemplified…”Friends of Copey”.